Thorndon Park Reserve is preparing to get the mother of all make overs!

The Campbelltown City Council is finishing up their consultation phases and have put forward a $2.5m redevelopment which will transform the space into one of the best family areas in the state! Although not absolutely set in stone that it will proceed as planned, they are dreaming big and it is so exciting to see how this pans out. Check out the pics from their concept release….wow!

There is no time frame on when construction (whatever that may be) will start, but either way it looks really likely that we will get a fabulous new super playground in the north east!

For more maps, costings, consultation info and all that fun stuff, check it out here!

Thorndon Park Reserve is set in the beautiful grounds of the historic Thorndon Park Reservoir. In addition to the gorgeous location, the playground and surrounds have a lot to offer families. With plenty of equipment to play on, the highlights are the multi-person, seated spinning swing that has seatbelts to allow access for all and the bonus of having the majority of play equipment covered by sun shade.

Located nearby to the play equipment (50m) is a large shaded area with multiple free electric BBQs and lots of seating. A large undercover pavillian and smaller rotunda are great for shelter if needed, but are also available for party/function bookings by calling the Campbelltown City Council on 08 8366 9222. They can also tell you what time the gates/carpark opens and closes (open approx sunrise to sunset all year round).

On weekends a kiosk opens for snacks (and holds the key to the Liberty Swing for all access use), plus a small but interesting heritage museum run by the local Rotary club.

There are plenty of walking and bike/scooter riding options around the playground, the reservoir and surrounding parklands. Other highlights of our visits are flying kites up on the top oval and using the free orienteering map/markers throughout the Reserve. There is plenty of space for ball sports, picnics or anything else you fancy – but dogs aren’t allowed in the Reserve at any time.

TAKE CARE: The playground area itself is not fenced and there is water nearby. As toddlers my kids loved the small, shallow ‘stream’ to play in but it needs care and is extremely slippery. There are also lots of very tame and hungry ducks, who  usually keep off the playground but take care in other areas with young kids who have food especially. 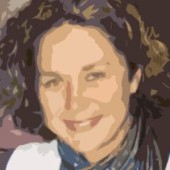