The Planetarium at Mawson Lakes is the only planetarium in Adelaide and gives the whole family a fun and informative learning experience.

The Adelaide Planetarium houses a Zeiss Jena ZPK1 star projector that displays an artificial night sky onto the eight-metre diameter domed ceiling and can show the position of constellations, stars and planets. The projector displays the relative position and brightness of about 5,000 stars that are visible from the Southern Hemisphere.

Within the dome-shaped theatre, you will be immersed in a realistic simulation showing the position of constellations, stars and planets. Feeling as if the earth is moving, you’ll learn about the earth’s rotation during the course of the night.

After a trip through the solar system, sit back and experience a full dome movies, such as Cosmic Collisions, Tilt, Tycho to the Moon, Wildest Weather in the Solar System, Astronaut, or Journey to the centre of the Milky Way.

Plenty is on all year round at the Planetarium. Whether you are a school group, a family or an astronomy buff

Saturday Sessions
Saturday sessions will take you on a captivating journey across the universe. Join a highly experienced astronomers as they guide you through constellations, the solar system and beyond. Marvel at the immense scale of the universe and observe the breathtaking beauty of the night skies projected on the eight-metre domed ceiling.

Night Sky
Journey into outer space with a highly qualified guide. Find out more about the solar system, stars and constellations, including indigenous and traditional star lore and mythology.

Movies
There’s a variety of movies to choose from, paired with the Planetarium’s Night Sky experience.

Short courses
Check out the range of special courses for those with an interest in astronomy. Courses range from beginner to advanced levels.

Events
Keep an eye out for events throughout the year, including during school holidays and the festival season.

For more information, timetables, and to book visit:
https://unisa.edu.au/PlanetEvents 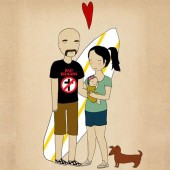